Jason Mier of Animals Lebanon, a PEGAS partner, has sent us the draft of the Animals Protection and Welfare Law. It is one of the most advanced pieces of legislation that we have ever seen for protecting wild, domestic and farm animals from mistreatment. The contents of this bill could be used as a template to be initiated in many other countries, particularly where abuses are well known. If anyone would like to see a copy, please contact PEGAS. The following article from the Lebanon Daily Star provides a summary:

The smile hasn’t left the face of Animals Lebanon Director Jason Mier since it was announced Wednesday that the organization’s animal welfare bill had been approved by the Cabinet after over three years of campaigning.

“So much time and resources, by so many good people, and the outcome is exactly what we hoped for,” Mier tells The Daily Star. 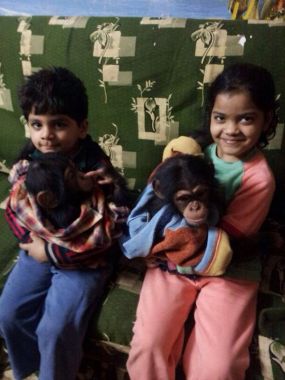 The group first began thinking about the project back in September 2009 after Mier attended a conference in Jordan on animal welfare in the region and the importance of legislation.

“Then there was more than a year of research, understanding laws in the region, international conventions, best practices and general trends of animal welfare worldwide, and legislation that directly influences Lebanon (EU, trading partners and so on),” he says, before the group began putting pen to paper.

The draft law was then presented to the Ministry of Agriculture and international organizations for animal welfare such as CITES (Convention on International Trade in Endangered Species) and OIE (World Organization for Animal Health) for feedback.

What followed was the public launch of the draft law in November 2011 under the patronage of then-Agriculture Minister Hussein Hajj Hasan, a near yearlong consultation process between Animals Lebanon and the ministry to refine the law – under the final say of Animals Lebanon – and a revised version of the law launched in February 2013 for public feedback.

The campaign then continued under the new agriculture minister, Akram Chehayeb, who submitted the final draft for Cabinet approval in late October 2014.

“The purpose of this law is to ensure the protection and welfare of live animals and regulate establishments which handle or use such animals, in compliance with the related international conventions and regulations, especially CITES and OIE,” Article 2 of the draft law states.

Approved by the Cabinet Wednesday, the comprehensive bill has articles detailing the appropriate response in line with animal welfare in scenarios ranging from general handling, to strays, to outlawing the giving of animals as prizes.

The welfare of animals in Lebanon has been brought to the fore recently following multiple scandals that broke out after Health Minister Wael Abu Faour began a crackdown on food safety standards back in November.

Since, there have been closures and improvements made in slaughterhouses but there are still many instances where animal welfare falls short. While the problems associated with stray animals and the municipalities handling of them have been gaining attention, there are also less publicized issues, such as dog fighting.

“Even on the waterfront we’ve seen dog fighting,” Mier tells The Daily Star. “Some of these people are online – there are people with websites now on how to train your animals for fighting, which steroids to give them, locally made products to be able to train for fighting.”

The Animals Protection and Welfare Law seeks to criminalize such behavior, and provide a comprehensive set of regulations to standardize and improve the conditions of animals in Lebanon.

“The law is also for the public good, [it] improves our compliance with international conventions, and improved animal welfare can bring economic, social and health benefits for individual citizens and society as a whole,” Mier says.

While it has now passed through Cabinet, the bill must still be approved by Parliament to be published in the Official Gazette and become law.

Animals Lebanon is confident of passing that final hurdle. The organization has been in contact with MPs from the beginning of the campaign and believes there is a lot of support for the bill in Parliament.

There is still much work to be done however, Mier says, both in terms of having the law enacted and then enforced.

With the organization now turning its focus to the passage of the bill through Parliament, they acknowledge that that the law is “not an end or solution” but rather a “vital tool” in continuing to make animal welfare improvements in Lebanon.