The PEGAS Project manager attended the 14th Anchor Conference of the Congo Basin Forest Partnership (CBFP), held in Brazzaville, Congo on October 6-10. The purpose was twofold: to meet people and organizations that could be useful to the PEGAS objectives; and to visit the Tchimpounga Chimpanzee Rehabilitation Centre, managed by the Jane Goodall Institute, to discuss great ape trafficking, assess the facility as a possible site for relocation of confiscated chimpanzees and learn about sanctuary operations. 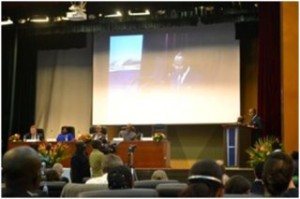 The conference was largely a talking shop with many complicated, theoretical presentations of little relevance to what is actually happening on the ground in Central African forests. No one seemed to think it odd that not a single Asian government, NGO or private sector entity was a partner in the CBFP, nor were any Asians amongst the participants (except for one Japanese). Since Asian extractive industries (mining, logging, oil and gas) are causing devastating damage to Central African biodiversity, it calls into question the whole purpose of the CBFP. See Flying under the radar for a case study involving Chinese extractive industries in great ape habitats.

The CBFP, whose objectives include conserving forest habitats and biodiversity, while maintaining an important carbon reservoir, apparently forgot to include any partners from Asia. Asian extractive industries operate largely outside initiatives aimed at conserving biodiversity.

The visit to Tchimpounga was a delightful experience. Rebeca Atencia, the manager, and her husband Fernando Turmo, shared a wealth of information on the admirable work that they and staff are carrying out there. The centre’s 166 chimpanzees and about 20 mandrills are receiving the highest standard of care. Of particular interest are plans and preparations to begin a program of release into the wild of Tchimpounga chimpanzees. Three islands in the Kouilou River, which offer ideal forest habitat, are receiving chimpanzees that will undergo pre-release training to teach them how live off wild resources. Once they are 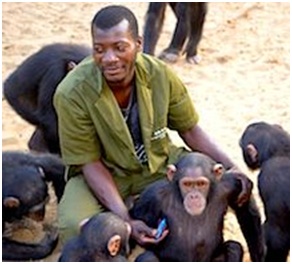 ready, they will be released in groups in an area already selected in the nearby Conkuati National Park. Tchimpounga is also carrying out an effective campaign of creating awareness amongst the public aimed at reducing great ape hunting, bushmeat trade and the trafficking of orphans. 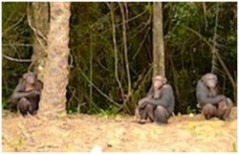 The PEGAS Project Manager attended the first United Nations Environment Assembly at the UNEP headquarters in Gigiri in late June. What previously was known as the Governing Council, which the Project Manager remembers well from his days as a staff member of UNEP in the 1980s and consultant in the 1990s, has grown considerably from a gathering mainly of Permanent Representatives and United Nations organizations into a full-blown global forum bringing together various government, IGO, NGO and civil society stakeholders. Wildlife and natural resource trafficking was a main consideration of this Environment Assembly. A UNEP-INTERPOL Rapid Response Assessment on Environmental Crime was released.

The PEGAS Project Manager liaised with many of the assembly participants to introduce the new PEGAS initiative to them and raise the profile of great ape trafficking, which remains a largely ignored issue when compared to elephant, rhino and big cat poaching and illegal trade.