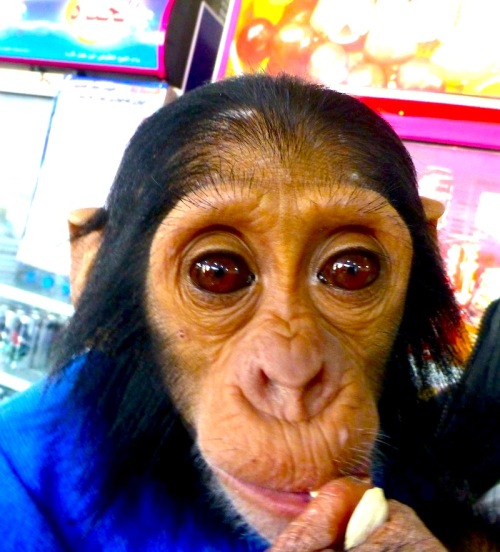 PEGAS received an email from Debbie Cox of the Jane Goodall Institute on 1st December 2015 saying in part, “See below, this person contacted our JGI Canada office looking for help in ‘rescuing’ this young chimp from a zoo in Iraq…. I think Sweetwaters is probably the only sanctuary in Africa who has the capacity or willingness to accept him.”

The person was Spencer Sekyer, an adventurous Canadian who had met Manno in late December 2013 while volunteering at the Duhok Zoo in Iraqi Kurdistan. 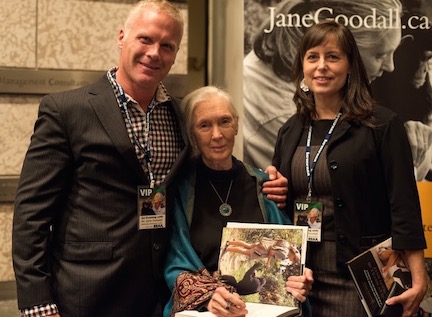 Exactly one year later to the day Manno woke up to his first morning at Sweetwaters Chimpanzee Sanctuary on Ol Pejeta Conservancy. 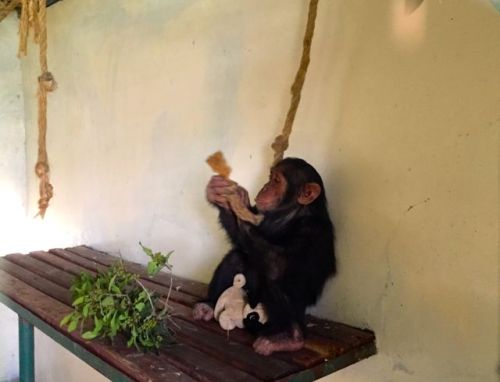 Manno in his quarantine room at Sweetwaters.

The story of the monumental amount of work it took several dedicated people to rescue Manno from Duhok Zoo – located only 75 km from Mosul, where fierce combat is taking place to dislodge the Islamic State terror group – is one for the history books of animal welfare.

Duhok is perilously close to Mosul, where fierce fighting is taking place. Manno left for Kenya from Erbil airport.

PEGAS would sincerely like to thank the following people for making Manno’s rescue and relocation possible, in chronological order of role:

PEGAS would also like to thank the enormous efforts made by the Ol Pejeta Conservancy staff, especially the CEO Richard Vigne, Dr. Stephen Ngulu and Joseph Kariuki. The Kenya Wildlife Service and Kenya Department of Veterinary Services cooperated in issuing the vital CITES and veterinary import permits.

Funds from the Arcus Foundation financed the very costly relocation, for which PEGAS and Ol Pejeta (and Manno) are very grateful.

A detailed account of the Manno Saga will be posted here in the days to come.