GRASP published the following alert [edited] on its press release webpage in June 2014:

The illegal trade in live chimpanzees, gorillas, bonobos and orangutans showed no signs of diminishing – and may actually be getting worse – since the Great Apes Survival Partnership (GRASP) published the first-ever report to gauge the global black market in great apes in 2013. 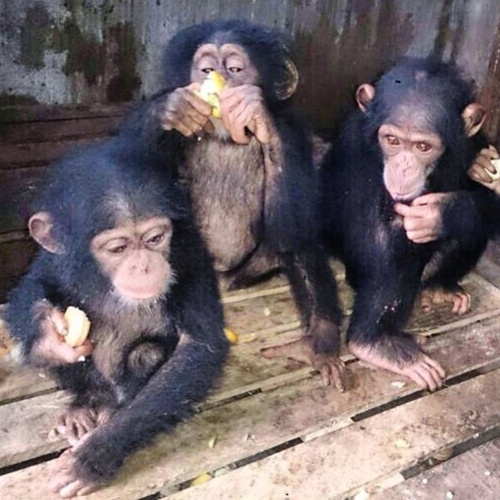 The three chimpanzees in Dubai after shipment. (photos captured from Instagram)

“The number of apes being trafficked and confiscated indicates that serious threats remain to wild populations,” said GRASP coordinator Doug Cress. “Either the illegal trade is increasing or law enforcement is improving, but it’s clear there is still a significant population of [great apes] being captured and sold.”

This entry was posted in Uncategorized. Bookmark the permalink.